Drupal 9: Everything You Need To Know 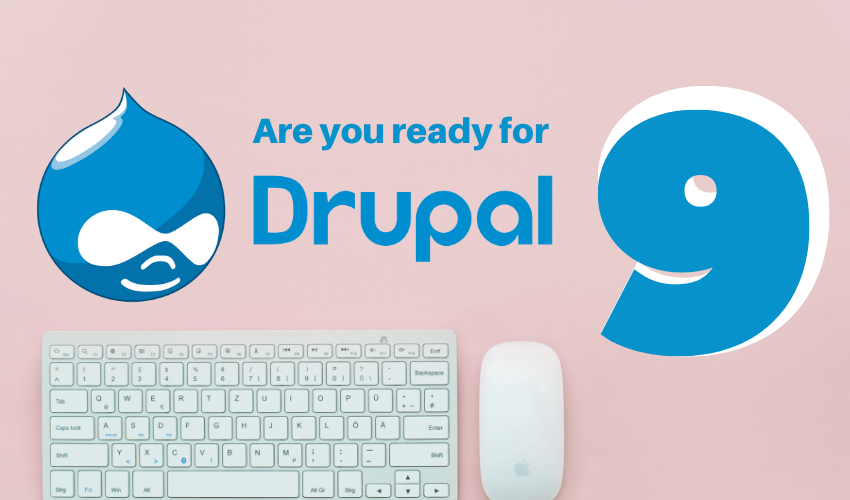 Drupal 9: Everything You Need To Know

Brace yourself, Drupal 9 is about to arrive. Launching next year, the new version of Drupal is built on Drupal 8 using deprecations and optional updated dependency support.

As with other new innovations, this upcoming release of Drupal 9 is already creating a lot of buzz. However, what does its strategic release mean for us? Let’s breakdown everything you need to know about Drupal 9 including its release date, key questions about Drupal 7 and 8, updating to Drupal 8 and 9, the impacts, and the preparation:

Drupal 8’s innovative model has accumulated new features and improvement during its new releases every six months. Drupal 9, however, will have to deprecate the codes first to ensure backward compatibility with the previous Drupal 8 releases. The deprecation process will remove the codes and anything that is no longer necessary.

So to give Drupal 8 users enough time to update, prepare and plan, the Drupal community has decided to set the release date on June 03, 2020.

What Will Happen to Drupal 7?

If your site is still running on Drupal 7, you should have already planned for a Drupal 8 upgrade and reap its awesome benefits instead of waiting for the end-of-life date.

However, if you plan on keeping Drupal 7, you can still use the services from specific third-party vendors recognised by Drupal 7 Vendor Extended Support program.

What Will Happen to Drupal 8?

Upgrading from Drupal 8 to Drupal 9

The migration from one to the other will be seamless since Drupal 9’s core and functionalities are added to Drupal 8 as backward-compatible codes. As the new features of Drupal 9 become stable and successful, its older counterparts become deprecated. Therefore, the new Drupal release will only the stable features while the deprecated codes will be stripped away.

How Drupal 9 Will Affect Your Work?

You will have a limited set of tasks in Drupal 9 even before its official release. The new features will remove deprecated functionality and upgrade Drupal’s dependencies, making the release quality more robust and timing more predictable.

With the new technology at hand, you can already work on Drupal 9 early on and start updating your media modules. Drupal 8 will still be relevant in Drupal 9 so there will be no surprising change with how you will use the new version.

Drupal 9 is in many aspects like Drupal 8 with deprecations removed. Thus, upgrading to it will be so much easier compared to upgrading to Drupal 8. The only change you need to look forward to is the dependency updates and if your themes and modules are updated, the upgrade shouldn’t be complicated at all.

How To Prepare for Drupal 9?

The very important consideration for this migration is to ensure you no longer use deprecated codes. Here’s a simple guide for you to prepare for its arrival:

Drupal 9 sounds like a big deal but it really shouldn’t be if you have planned ahead for the transition. If you have already upgraded to Drupal 8 and kept your websites up-to-date then you are well prepared for the launch of Drupal 9. If your business needs support or advice regarding the transition from Drupal 7 or 8 to Drupal 9 - lets talk.

The digital future is now, so don’t get left behind.