What Every Brand and Business Should Know About TikTok 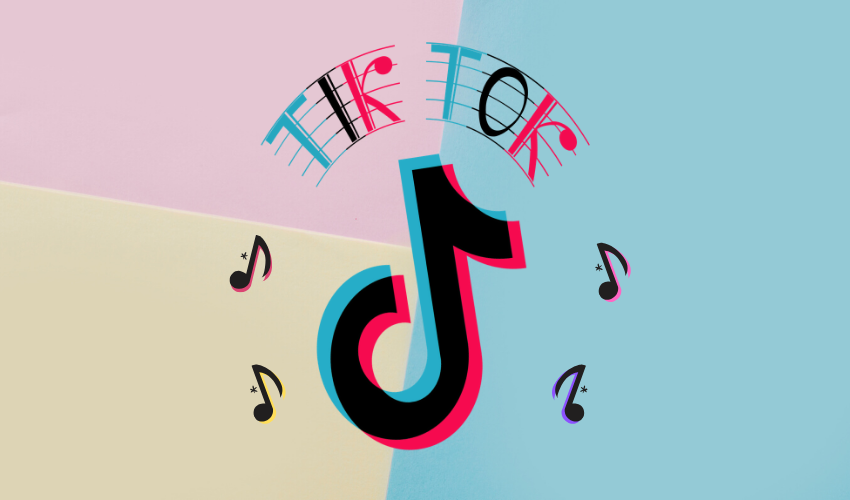 What Every Brand and Business Should Know About TikTok

TikTok is a near-ubiquitous phenomenon among Generation Z today. It may surprise you to hear that the app has actually been around since 2014, having originally operated under the name Music.ly. Since its timely relaunch, TikTok has generated unprecedented hype for a service of its kind. What is Tiktok exactly? Well, it’s essentially a video-sharing social media platform. Inspired by antiquated offerings such as Vine and Dubsmash, its software allows users to create short dancing, lip-syncing and comedy videos. Its widespread appeal is due, in part, to the ease with which users can create exciting and professional-looking clips. For most, TikTok content creation requires little effort or imagination. This is because of the prevalence of challenges and re-creations, which account for the lion’s share of TikTok’s inventory. The app also provides users with a series of prompts and templates, meaning even a media novice can join in on the fun. Aside from its exceptional UX, the app is evidently feeding the growing consumer appetite for creativity and content creation. We live in the age of the influencer, and never has it been easier for people to cultivate a following from their own bedroom. TikTok’s red-hot status means direct access to a vast pool of prospective customers. That being said, TikTok advertising won’t pay off across the board. Here are some things you should consider in determining whether TikTok is worth investing in for your business.

How many people are using TikTok?

As of March 2020, there are over 800 million active TikTok users. It is currently the most popular item on the Apple App Store, with a staggering 1.9 billion downloads worldwide. The app is available in 150 countries, with 466 million of its users coming from India, 173 million from China, and 123 million from the U.S., 90% of users access the app daily, and the average time spent on the app per day is 55 minutes. 83% of users have uploaded their own content on the app, with the remainder preferring to spectate. These figures reveal some rich insights for marketers. Firstly, TikTok’s popularity is growing exponentially, with its number of active users surpassing that of social media veterans like Twitter and LinkedIn. Geographically, the app attracts a predominantly Asian and Western consumer base. The screen time TikTokers dedicate to the app tells us they are deeply engaged and immersed in its features. These statistics also bolster the theory that more than ever, people want to create, rather than just consume, content.

Who is using TikTok?

If youths are your target demographic, you’ve hit the veritable jackpot. People aged between 16-24 make up a whopping 41% of TikTok’s total users. Brands with a young audience such as Gymshark, Chipotle and WWE have run TikTok campaigns with impressive success. While the app is dominated by youngsters for now, data tells us this will change. When it comes to social networks, their demographics tend to shift in a similar direction over time. Looking at the lifecycle of apps such as Facebook or Instagram, teenagers and young adults are always the earliest adopters. Eventually, adults and seniors follow suit. We are already seeing early signs of this transition, with the number of US adults using TikTok multiplying by 5.5 times in just 18 months. Timing is of the essence – businesses should monitor trends closely so that they don’t miss out on any golden advertising opportunities.

Do I have the resources to advertise on TikTok?

It’s early days for TikTok advertising, with very few businesses using the app to promote themselves. This opens a window of opportunity for companies to beat their competitors to the punch. That being said, there are some significant barriers to consider, particularly for SMEs. Advertising on TikTok comes with a hefty price tag. Among its biggest proponents are large multinational corporations such as Coca Cola, Disney and Calvin Klein. Of course, these corporate giants have more money to throw at advertising than the vast majority of SMEs. Pricing starts at $10 per CPM (cost per 1000 views). Facebook, by comparison, will set you back an average of $7.19 per CPM, and Instagram $6.70. The minimum spend for even the most basic campaign on TikTok is $500. Therefore, if you’re looking for a low-cost digital marketing solution, it may not be a viable option, at least not just yet.

What are my options?

Money aside, companies must be realistic about their creative capacity. TikTok’s ad formats are more complex and contemporary than other platforms. This avant-garde style of marketing will be uncharted territory for many brands, and will be especially challenging for those who are accustomed to Facebook and Instagram’s foolproof recipe.

Like Twitter and Instagram, TikTok uses hashtags to categorise content so that users can sift through the clutter and find videos that interest them. Businesses can capitalise on this feature by creating a branded hashtag in the hope that users will join the conversation and draw widespread attention. Because TikTok is a video sharing service, if businesses want to get their name trending, they need to focus on visuals. A hashtag challenge is an ad format whereby brands conceive an idea for a challenge (generally an overstatement) and an accompanying hashtag, in the hope that users will share their attempts. Creating a hashtag is free, but depending on your reach, you’ll likely need to collaborate with some high-profile content creators. A prime example is Guess’ #InMyDenim campaign, whereby users were challenged (case in point) to post content wearing Guess clothing. If executed well, hashtag challenges can skyrocket your brand in an organic and authentic way. Of course, this option relies solely on user-generated content. If you’re considering using this advertising format, study what works so that your challenge has viral potential. Otherwise, people won’t bite.

A brand takeover is a safer, albeit more expensive, ad-purchasing option. Usually, when somebody launches TikTok, they are met with tailored posts. A brand takeover means they are instead met with a full-screen ad in the form of a 3-5 second GIF, image or video. Brand takeovers mean guaranteed exposure. They are exclusive to different topics, and TikTok permits just one brand to dominate a topic each day. If you have the budget for it, this format is a sure-fire way to reach your target audience. Unfortunately for most SMEs, this probably isn’t the case.

The in-feed native video bears most resemblance to traditional social media advertising (oxymoron alert). These ads are nestled in users’ “For You” feeds, appearing sporadically as they browse content. The in-feed video option offers 9-15 second, vertical full screen video spots which usually have a musical background. Like on Instagram, users have the option to skip these ads. What businesses love about this simple format is the ease with which users can be redirected to their webpages. In-feed videos can also be used to invite users to partake in hashtag challenges.

There are plenty of creators on TikTok who have amassed large followings. For businesses who are new to the platform, collaborating with these figures is a simple and effective promotion strategy. If you work with micro or nano-influencers, it won’t break the bank either. Make sure that they reach your target market, and that their image resonates with that of your brand. On Instagram and Snapchat, influencer marketing is as simple as paying somebody to talk about your product on their stories. This won’t slide on TikTok. Because of the fifteen second limit, you need a more creative way to communicate your message.

Just like Instagram, TikTok users can experiment with augmented reality effects. This means that businesses can design their own branded effects for them to enjoy. If companies have the creative capacity, branded lenses are a fun and alternative way to engage audiences. Younger social media users love playing with AR filters. Taco Bell famously generated a custom filter on Snapchat which was immensely popular. Branded lenses can also be used in collaboration with hashtag challenges, to create an even more robust campaign.

Social media is constantly evolving. Are your strategies evolving too?

Make sure to keep up with the latest trends so you don’t get left in the dust. Team up with Elephant in the Boardroom - just contact us for a free consultation.